8 Superfoods That Boost Immunity to Fight Colds and Flu 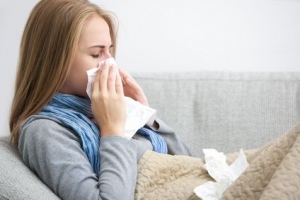 New here?  Like Athlean-XX for Women on Facebook to stay up to date with new posts, great fitness and nutrition articles, motivations and inspirations, fitness challenges, Q&As, giveaways and more!

It’s officially winter, and there’s definitely a chill in the air. Unfortunately, along with the colder temperatures comes cold and flu season.  But, by eating the right foods we can boost our immune system and greatly increase our resistance to the infections that seem to run rampid during this time of year.  Taking preventative measures for our health is really important, and what better way to do so than through nutrition!  It’s definitely better to let food be your medicine, then to end up taking antibiotics and other medicines later on down the road AFTER you’ve already gotten sick!

So, below we’ll give you the skinny on 8 foods to include in your diet for immune support.  And here’s the best part – ALL of them taste great and are a great addition to a healthy diet! 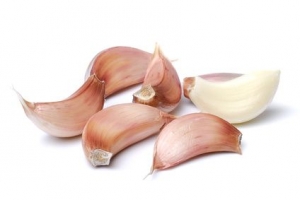 Fresh garlic contains an enzyme called Allicin and at least 100 other sulfuric compounds which can prevent  viruses from attacking by blocking the enzymes that lead to infection.  Garlic also boosts antibody production and white blood cell production to further fight off infection within the body.  Garlic is so powerful, it was used in both world wars to prevent gangrene, a nasty bacterial decomposition of body tissue!  It’s important to use garlic raw, not dried or cooked because heat can inactivate the powerful sulfur enzymes.   Toss some chopped raw garlic into your salads, sauces (after you’ve finished cooking them) or guacamole. 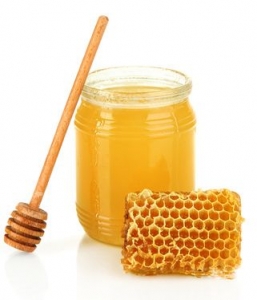 Honey has antimicrobial properties which will help you fight infections from viruses, bacteria and fungi.  It’s also an antioxidant, which will help fight free radicals that weaken the immune system.  Finally, if you’ve already got a cold, it’ll help soothe a sore throat.  It’s a great addition as a sweetener for your daily cup of tea.

For many centuries, people worldwide have turned to mushrooms to improve immunity.  Studies show that mushrooms not only boost white blood cell production, but they also increase the activity of those white blood cells, making them stronger to better fight off infection and illness.  Shitake, reishi and maitake mushrooms are the most beneficial varieties, and it’s best to eat them several times a day for maximum results.  Toss them in when you’re cooking meat, pasta or veggies! 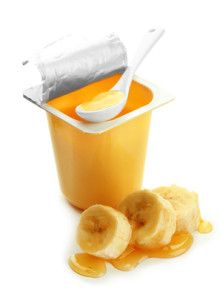 Some yogurts and kefir contain live active cultures, also known as probiotics or ‘good’ bacteria (little guys named lactobacillus, acidophilus and bifidus).  These healthy bacteria help prevent infection in the digestive tract, but also improve immunity by increasing the body’s white blood cell count.  Traditional kefir is similar to yogurt, but uses the kefir grain to create the fermentation process, and thus contains a slightly different strain of bacteria that is better able to colonize the digestive tract.  Not all yogurts contain probiotics, and some contain more than others.  Look for yogurts that claim to have ‘active cultures’.  Alternatively, you can find probiotic supplements at your pharmacy.

Green tea contains powerful antioxidants called catechins, which in addition to fighting off free radicals within the body may also fight off the flu.  A 2011 study conducted in Japan showed that people who took catechin capsules for several months had a 75% lower chance of catching the flu.  These same catechins have also been shown to rev up metabolism and protect against cancer and heart disease.  So go ahead and drink up!

Cinnamon is a super spice for beating infection.  It’s antiviral, antifungal and antibacterial, so it actually fights off the microbes that can make us sick.  Sprinkle it into your coffee before or after brewing, add it to tea, or sprinkle it onto oatmeal or fresh fruit.

Dark leafy greens like kale, spinach and Swiss chard will help you fight off infection in two ways.  They contain high levels of vitamin C, which is a powerful antioxidant that also helps fight off infection.  They also contain folate which is another immune booster.  Eat them in salads, saute them or sneak them into your smoothies!

At Athlean-XX for Women, we believe that quality nutrition is key – not only to weight loss but to overall health.  It’s important to get all the right nutrients to support a healthy immune system and overall lifestyle.  Our nutrition plan recommends combining lean proteins, tasty fruits and veggies, healthy fats and slow-burning carbohydrates at every meal and snack to help keep you feeling full.  In fact, the Athlean-XX for Women nutrition plan is anything but a diet – we actually recommend you eat more – 5 – 6 times per day!  This type of diet will help turn your metabolism into a fat burning machine – when combined with our killer 30 minute workouts.  Yes, with Athlean-XX for Women, eat more, exercise shorter but harder and weigh less!  Join us on Team Athlean to start your lifestyle makeover now!