The TRUTH About Planks (IT’S UGLY!) 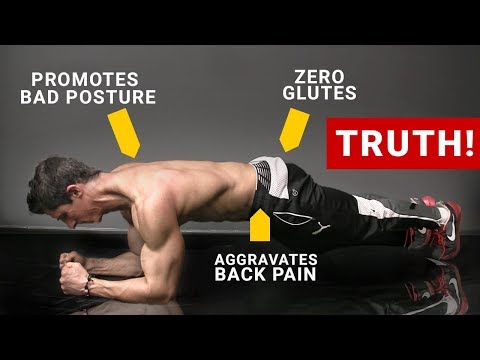 The plank is one of the most common core and ab exercises performed every day in ab workouts. The problem is, there are a lot of mistruths about the exercise that simply are not to be believed. In this video, I break down the truth about planks so you can separate the fact from the fiction when it comes to what this exercise is actually good for.

We start with the claim that this is a great core stability exercise.  While the plank certainly is an exercise that requires you have stability from the multiple muscles of the core (not just the abs) it is only challenging that stability in one plane – the sagittal plane.  I would argue that what is much more important is that you have the ability to prevent and control motion in the rotational plane than front to back.  Therefore, there are better options for core exercises that you can do to promote this rotational stability while at the same time getting on your feet.  It is well accepted that training on your feet has much more athletic carryover and is something that should be a goal during your ab workouts.

Next, some will say that the plank is great for developing and strengthening the glutes.  This is simply not the case, on multiple levels actually.  Firstly, there is no progressive overload (or significant load of any kind for that matter) on the glutes during the plank.  In fact, directly the opposite is true.  If you were to relax your body at the top of a plank you would find that your body comes crashing down to the floor.  This is due to a deactivation of the hip flexors, not the hip extensors or glutes.  Actually, if you were to contract your glutes while laying on the floor, your hips would be driven even further into the floor rather than lifting them back up to the top.

What really happens is that your hip flexors contract through the contact points of your toes on the floor to lift your body up into the plank position.  This is an antagonistic muscle action to glute activation and something that actually sets you up for more problems down the road as I’ll discuss in a minute.  Some will say that you can squeeze your glutes hard at the top of the movement and really feel it.  Squeezing is contracting but contracting under load is a whole new challenge.  The contraction that occurs at the top of a plank is not contraction under load.

When the hip flexors become overreliant or dominant over time from this imbalance, it tends to have implications on the lower back.  We know that overly tight hip flexors in the presence of weak glutes will not be good for long term low back health.  The exercise that you are doing that is supposed to be fortifying your lower back could actually be doing more harm than good when this is realized.

Finally, people will say that the plank exercise is great for posture.  Somehow, performing this core exercise is going to promote good posture of your upper back and shoulders.  You are told that you want to tighten up your torso and create stability through the scapula by squeezing them together.  Once again, this is an artificial tightness that is nothing more than a contraction of the rhomboids and traps without the presence of significant load.

Now, you can address each of the flaws of the plank and perform them under a progressively overloadable resistance by flipping the plank over into a reverse plank.  I demonstrate the importance of the movement and how it can be scaled from rank beginner (by performing it over the top of a bench) to more advanced (performed straight out on the floor) depending on your strength.  If you were performing the plank because your core was weak however, be prepared to be shocked at how much weaker your posterior chain is than even that.  We simply do not train this side of our body enough.

If you found this video helpful and want to be sure you never miss a new video when it’s published, be sure to subscribe and turn on your notifications at the link below.

For more step by step workouts for your abs and core that train your muscles the right way, be sure to head to the link below and check out the programs we have to get you building muscle while burning fat and staying injury free. 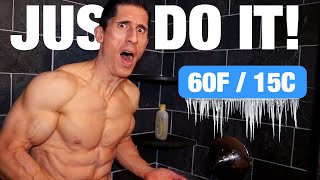 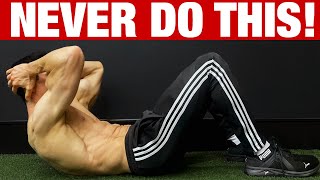