A Body Like Brit: Britney Spears’ Diet and Exercise 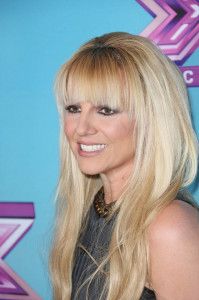 Ladies, how many of you have always wanted a body like Britney Spears? How many of you have dressed up in a “Hit Me Baby One More Time” costume for Halloween? How many of you were devastated to learn that Britney and Justin were actually a couple for awhile? If you are in your mid to late 20’s, you probably completely understand what I am talking about!

After 13 years in the public eye, Britney Spears made a comeback in the summer of 2011 with her United State “Femme Fatalle” tour. In order to make this tour a success, Spears’ new she had to get in the best shape of her life. Britney Spears’ diet and workout plan for the “Femme Fatalle” tour gave her a hot body with solid abs that turned plenty of heads instead of shaving hers!

Britney Spears has grown up in the spotlight. From the Mickey Mouse Club, to dating Justin Timberlake, to her brief marriage, to shaving her head and everything else in between, as a result we all know about the ups and downs of Spears’ life. We know if she gains weight, loses weight or if Britney Spears’ diet plan is the latest trend in celebrity health and fitness.

On June 16, 2011, Britney Spears kicked off her United States “Femme Fatalle” Tour. With sold out shows across the nation, it should come as no surprise to most that Spears’ hit the workout and diet scene hardcore. Spears’ turned 30 this past December (of 2011) and may just be in some of the best shape of her career. Spears had to live up to the added pressure of pleasing her fans, who have seen her in great shape on numerous past tours.

Exercise played a very important role in the development of Britney Spears’ new body, which was in perfect shape for the Femme Fatalle tour. For six weeks prior to her tour, Spears engaged in some hardcore workouts. She trained for 90 minutes per day and then followed up her workout without five hours of dance rehearsal. For most people, that much exercise may sound like torture. Six hours of exercise per day is enough to make almost anyone cringe.

Even Britney Spears admits that this workout plan was very tough. This mother of two has indicated to the Huffington Post that getting up in the morning and getting started on her workouts has been one of the most difficult parts of preparing for the tour.

Her extended dance rehearsals are considered to be Spears’ cardiovascular workout. Dancing helps to keep her calories in check. 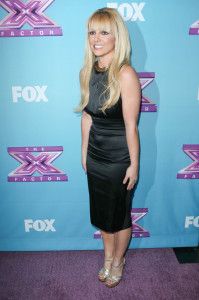 Plenty of dancing also allowed spears to shed some unwanted pounds. Afte rall, you do need to burn more calories than you take in; in order to be successful when it comes to weight loss.

Spears’ 90 minute sessions in the mornings focused on toning her muscles and repairing her for long afternoons of rehearsals. Her dance routines involve a great deal of balance, coordination, muscle strength and agility. Britney Spears’ lifts weights and engages in plenty of strength training under the supervision of a personal trainer. Exercises focus on targeting the large muscle groups of Spears’ body.

With a hectic schedule, it can be very difficult for a celebrity to eat healthy. With the help of trainer, Derek DeGrazio, Britney Spears has been able to maintain some very healthy eating habits. DeGrazio has cooked, packaged and labeled meals, like fish and broccoli. DeGrazio has also prepared, pre-made snacks (such as celery and almond butter, so that Spears can eat healthy six days out of the week.

Spears had told People Magazine that she gets a break from all of her hard work on Sundays. She gets a cheat day to relax and eat what she wants. On non-cheat days (or the rest of the week), Spears normally consumes a 1,500 calorie per day nutrition plan.

Her six day per week diet plan centers on eating six small meals per day, with a large number of proteins and carbohydrates in her diet. This helps Spears’ to keep her metabolism up and burning calories at it’s highest level possible. Protein and carbohydrates also help to keep her muscles toned and defined, while supplying Spears with much needed energy to make it through rehearsals as well as the real show.

You do not have to be Britney Spears to engage in Britney Spears’ diet and workout plan. With meal planning and a lot of exercise (including strength training and cardiovascular exercise) you can be well on your way to being in the best shape of your life.

Maybe you can’t dance or sing like Britney or maybe your life is nowhere near as wild as Britney’s can be at times. That is perfectly okay! You can look great….check out Athlean -XX for Women today!