HOW TO BOOST YOUR METABOLISM…WITHOUT DANGEROUS SUPPLEMENTS 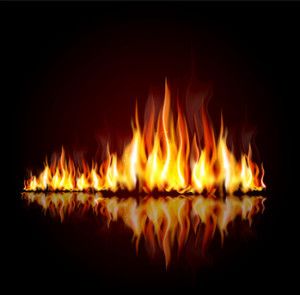 THROW ANOTHER LOG ON THE FIRE! Or in this case…some fuel for your metabolism.  One of the most common mistakes I see people making every single day is their reluctance to eat when their goal is to lose weight.  Sure, starvation usually results in some pretty killer weight loss (pun intended), but over the long haul if it doesn’t make you unhealthy or literally kill you…then it’s going to set you up for one of the biggest “rebound weight gains” you can possibly imagine.

Why is that?  Because your ability to lose weight and burn fat is going to be dictated by one thing and one thing only…and that is the quality of your metabolism.   Is your metabolism creeping along at a snails pace leaving you listless, unmotivated and pretty much zombie-like for most of your “waking” minutes?  Or, do you find yourself zooming around like a formula one racecar with energy to burn and not enough minutes in the day to burn it?

I know I’m more of the latter…and it’s more than just a coincidence that I’ve been able to maintain sub 5% body fat levels for over fifteen years now.  Think about it, with the exception of Richard Simmons…isn’t every person you know with “perpetual pep” on the fitter side?  There’s a reason and it has to do with their metabolism.

Here’s a Quick Metabolism Test For You…

Here’s a quick little test for you.  Tell me…how often do you get hungry?  No trick question here.  I’m not even asking whether you’re craving healthy or nonhealthy foods at this point.  Just want to know how often you get hungry.  If you say…not that often, then you’re getting this whole “fueling your body with food” concept wrong.

Just as a fire would be unable to continue burning without wood, your body cannot continue to remain energized without it’s wood equivalent…and that’s calories. And also, just as putting a little wood in a fire at 8am say, and then adding a whole bunch of wood later on (but not until 8-10 hours later) wouldn’t keep that fire burning, neither would eating the same way give you a constant burn.

How to Keep Your Metabolism Burning Steady…

You can’t play catch up with your metabolism.  The steady burn is what your body craves and when it gets it…it will reward you nicely with almost push button fat burning and weight loss. So what to do?  Well, there are two ways to attack this.  The first is simple.

Make a concerted effort to eat more often (every 2 1/2 to 3 hours from the time you wake up to the time you go to bed at night).  Every time you skip a meal you’re chance of your fire going out are greatly increased.  Douse your fire and bury your six pack further and further beneath a layer of fat that will keep it less and less likely to ever be seen by another human again!

The second is with what I call a diet rich in nature’s natural fat burners.  NO…Hydroxycut is not natural (or healthy for that matter) and neither is Phen-Fen, so get those “non-options” out of your consideration right now.  No, I’m talking about the things that have been proven through multiple scientific studies to be our 4 weapons against creeping metabolisms.  These are caffeine (from coffee), capsaicin (from hot foods and sauces), cinnamon (from Cinnamon Buns and Cinnamon Toast Crunch….KIDDING!!!!), and green tea (with it’s most active ingredient EGCG).

If you can increase your daily intake of these mini-metabolic boosters and did nothing else but make sure you were eating regularly on the clock, I know for sure that there would be a massive new “AthLEAN Army” storming the beaches ready to show off their six pack abs to the world! So even though it wouldn’t be hard to start drinking more green tea, having an occasional coffee (don’t overdo it you java addicts!), throw some cinnamon on your morning oatmeal or on some popcorn (instead of salt) and reach for the tabasco sauce instead of the ketchup….it would be easier if you could get it all in one supplement.

A Supplement to Help Boost Metabolism…

A supplement that didn’t include along with these natural fat burners, other unnatural substances (like the two I mentioned before) that would undo any of the good you were doing by taking them…certainly in the long term. Well, as I always say, I would never suggest anything to you guys that I either didn’t use myself or didn’t believe in it’s effectiveness and most of all it’s safety.

That said, the recent release of METABOLISM by Prograde has gotten me very excited.  It enables the average person (the one who may not necessarily have the chance to shop for, prepare, or be sure they’re getting enough of…the 4 ingredients mentioned above) to get their daily doses and accelerate their fat loss efforts of the workout program they’re on right now.  And notice, I said…..the workout they’re on right now.

You guys know me by now.  There is NO MAGIC PILL.  Doesn’t exist and will never exist.  They went the way of the get rich quick schemes.  They don’t work.  But if I can do my job and get you motivated to do the work (and the workouts)…then a healthy all natural supplement (without the dangers associated with ephedra based products), will go a long way towards shortening your path to AthLEAN!

Gotta run…it’s time to go throw another log in the fire (umm…..that would be a grilled chicken wrap and a yogurt as it’s lunch time here and I’m starving!)

Choose My Program
HOW TO BOOST YOUR METABOLISM…WITHOUT DANGEROUS SUPPLEMENTS
athleanx,Uncategorized
E-Commerce powered by UltraCart